John and Florence Derby purchased the farm in January 1910 from Martha Rich. The original home burned to the ground in 1912 and the current home was built. The original barn is post and beam dating back to the 1800’s. The frame of the barn was reconstructed with beams from a relocated barn from the 1700’s. The addition in the late 1800’s is where we currently house our store.

When John and Florence’s son John Eveleth Derby, known as Jack, inherited the farm he decided to raise poultry while still raising fruit crops on his land in Bolton. Jack also worked for the farm bureau selling feeds and supplies. When Jack married Emily Priest from Fruit Acres, an apple orchard in Stow, MA, they decided to start their own orchard and in 1947 purchased a piece of land residing on the town line of Stow and Maynard. Jack and Emily started selling fruit at their farm stand on Great Rd in an out door market style set up. It wasn’t until much later that the stand moved to inside the barn.

The farm was left to Jack and Emily’s daughter Anne Derby Porcella and her family. Anne, also known as “Orch” short for Annie Orchard, was always a staple of Derby Orchards. Anne spent most of her time at the stand while her family helped out at the orchard. Anne’s husband Ted Porcella decided to add a cider press in 1976 and ever since then Derby’s has been well known for its sweet cider.

In 2008, Anne and Ted’s daughter, Linda, inherited the farm. Because Derby Orchards had not been run by the Derby family in two generations Linda and her husband Gregg Mikoski decided to pay homage to their family and to the ridge that runs the length of the property and renamed the farm “Derby Ridge Farm”. Derby’s for short, has visibly changed quite a bit over the years. Our products, however, remain the same high quality hand picked fruit. Some of the original trees still produce today! With the help of Gregg and Linda’s daughters, Katie and Krissy, the farm will remain in Stow for many years to come. The family settled in Stow in the early 1700’s and will continue the fruit growing legacy!

Our Own Sweet Cider 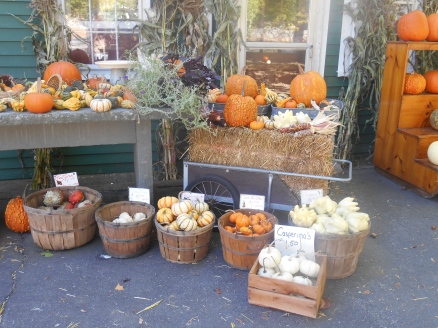 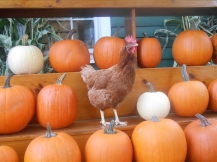 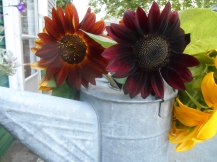